Menu
Themes
Written in their own hands

Written in their own hands

‘How warmly we respond whenever we receive letters from friends or scholars written in their own hands!’ wrote Erasmus. ‘We feel as if we were listening to them or seeing them face to face.’ Handwriting is prized because it contains the character of an individual, what Erasmus might have called their genius. The more exceptional the person, or the work, the more prized the manuscript. ‘For since visual experience is indispensable to me,’ wrote Goethe, an avid collector of autographs, ‘remarkable men are made present to me in a magical way through their handwriting.’

Philip Larkin found two qualities in literary manuscripts – the magical and the meaningful. The latter is contained in the various alterations and corrections the writer makes. We look over the shoulder of Moses Maimonides, George Frideric Handel and Franz Kafka as they draft and revise, as they shape and reshape the work. The magical value, said Larkin, ‘is the older and more universal: this is the paper he wrote on, these are the words as he wrote them, emerging for the first time in this particular miraculous combination.’ Fair copies, intended for presentation, are more carefully written and less intimate than drafts, but the magic is retained in the poem John Donne gracefully wrote out on light paper for two aristocratic ladies, in the volume of her juvenilia the adult Jane Austen created for her family’s amusement, and in the song Felix Mendelssohn copied for a friend and then adorned with an exquisite watercolour.

Other manuscripts embody the character not only of a person, but the spirit of a particular time: the fervently scribbled speech notes by William Wilberforce in the campaign to abolish slavery; the affectionate and resolute letter Mahatma Gandhi wrote to an English friend from a British prison; the heavily revised drafts for Harold Macmillan’s landmark ‘wind of change’ speech to the South African parliament.

Books that belonged to saints, and which were subject to miracles, can be revered as holy relics. A similar reverence is sometimes extended to the handwritten document, whether it be by the young Elizabeth I, or the poet Percy Bysshe Shelley, whose papers and effects received idolatrous devotion in a sanctum sanctorum at the family home.

Most popular exhibits from 'Written in their own hands' 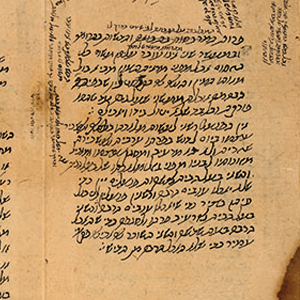 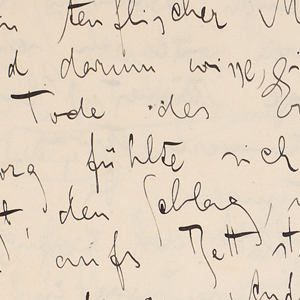 Other exhibits from 'Written in their own hands':