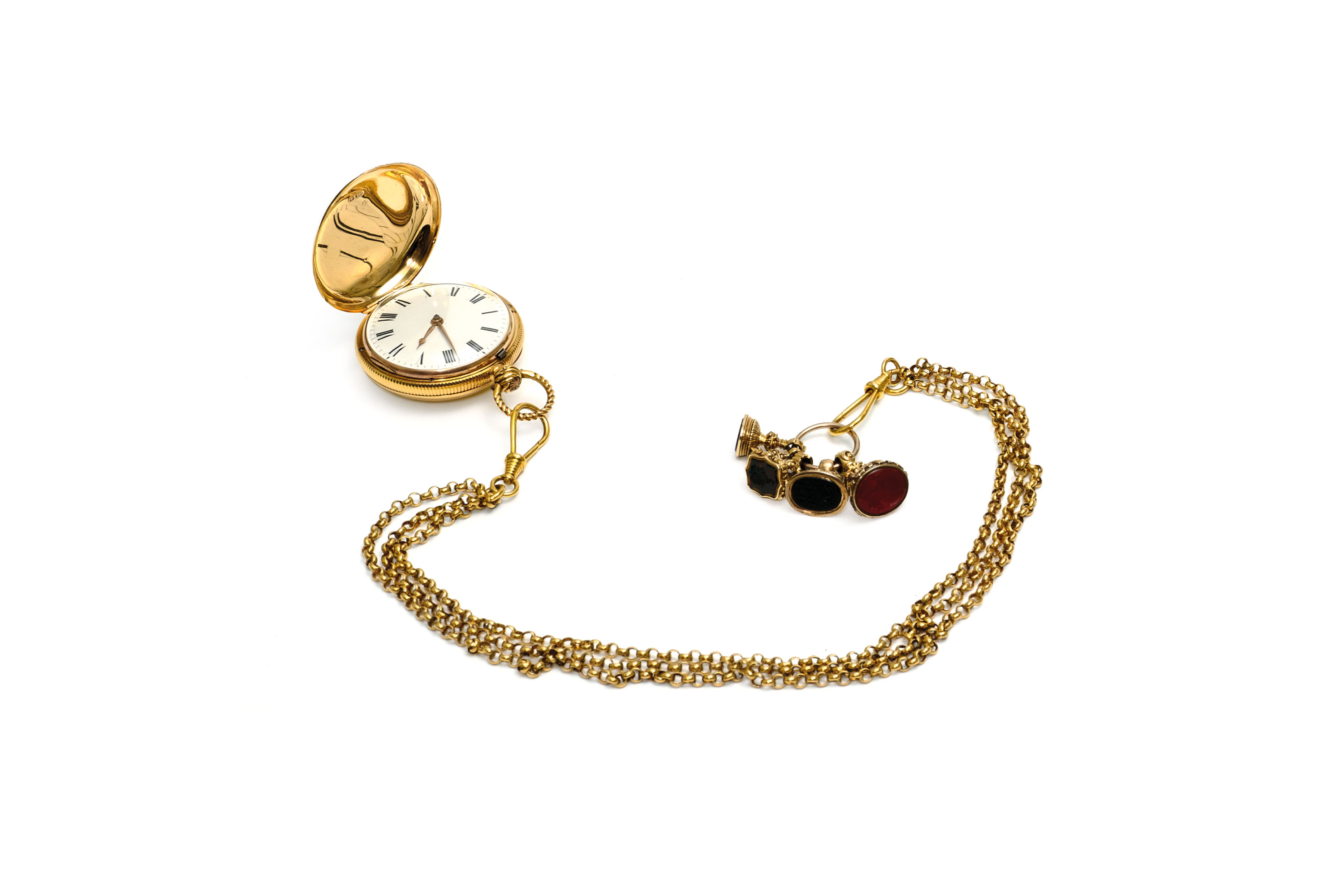 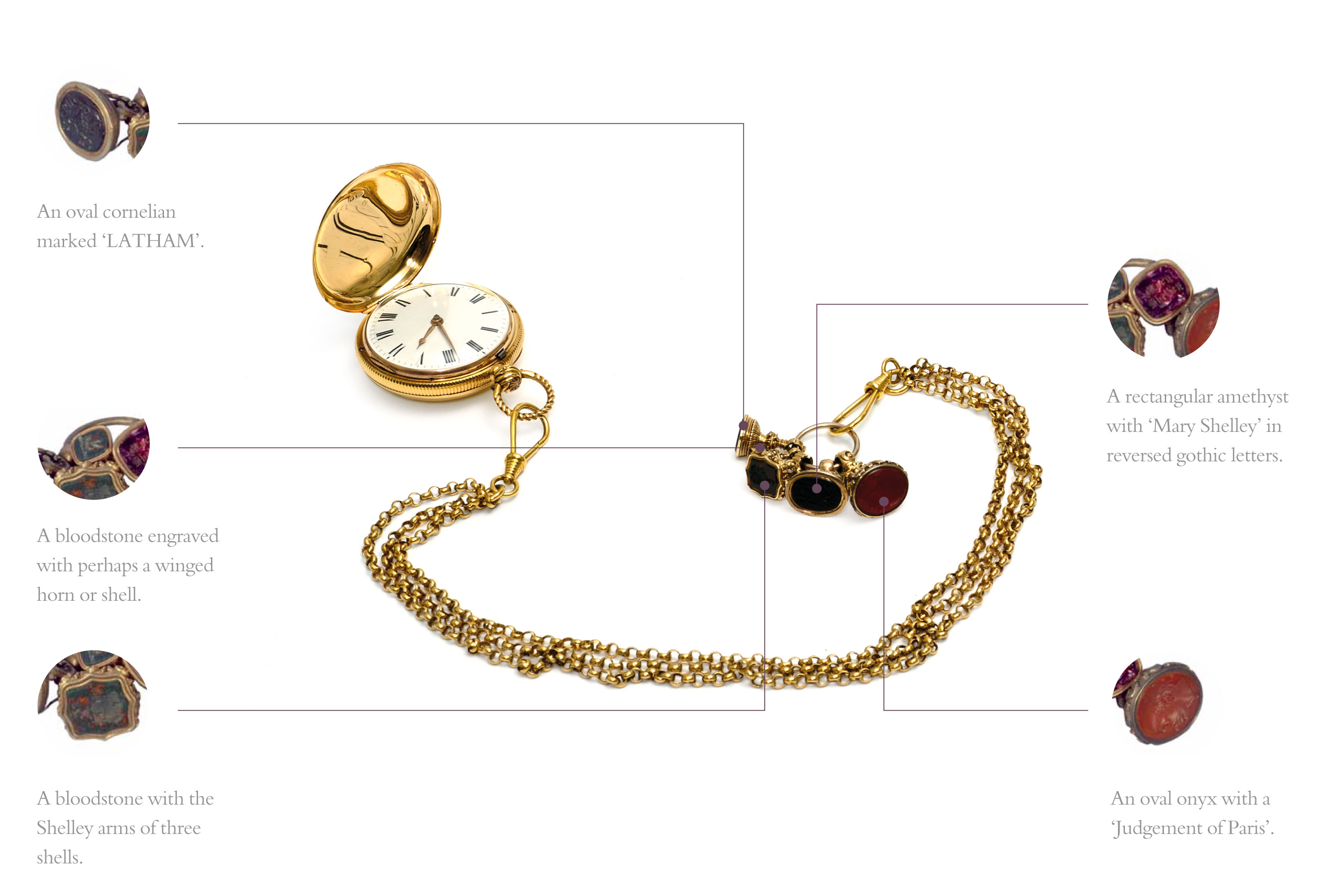 On 4 August 1814, while in Paris with Mary and Claire Clairmont, Shelley wrote in his journal: ‘Mary told me that this was my birth day. I thought it had been the 27th of June. Tavernier breakfasted. He is an idiot. I sold my watch, chain, &c which brought 2 napoleons 5 franks.’ The gold watch shown here, dated 1814 on the case, was presumably purchased by Shelley on his return to England. Attached to the gold chain are five seals: a bloodstone with the Shelley arms of three shells; an oval onyx with a ‘Judgement of Paris’ (often used by Shelley and Mary for their correspondence); a rectangular amethyst with ‘Mary Shelley’ in reversed gothic letters; a bloodstone engraved with perhaps a winged horn or shell; and an oval cornelian marked ‘LATHAM’. 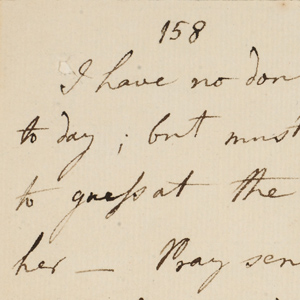 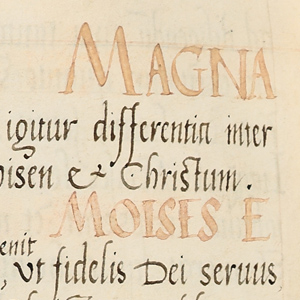 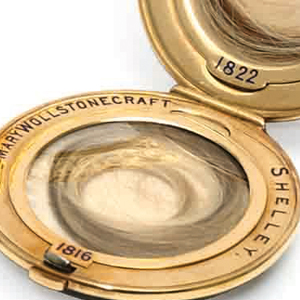 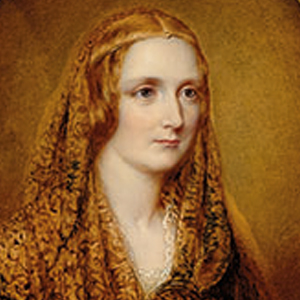 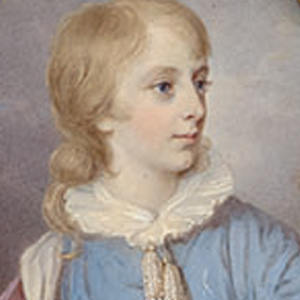 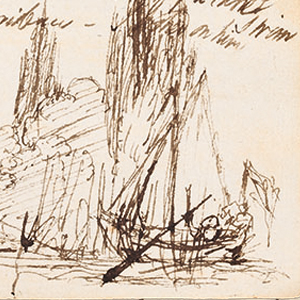 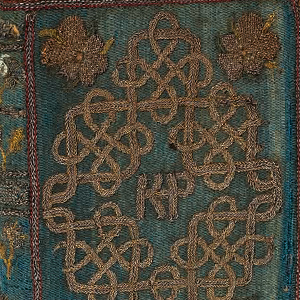